Professor C. Stephen Foster graduated from the Duke University Medical School in 1969. After training in internal medicine at Duke University and NIH Bethesda (MD), he taught at George Washington University Hospital in Washington, D.C. before training in ophthalmology at the Washington University School of Medicine in St. Louis (Barnes Hospital). At Boston, he completed fellowship programs in Cornea and External Disease as well as Ocular Immunology. In 1977, he was invited to join the full-time faculty of the Department of Ophthalmology of Harvard Medical School, where he was a member of the Cornea Service and Director of the Residency Training Program at the Massachusetts Eye and Ear Infirmary. He began his independent research in 1977, and was continuously funded by grants from the National Institutes of Health. After 30 years on the full time faculty at the Mass Eye and Ear Infirmary, Dr. Foster established The Massachusetts Eye Research and Surgery Institution (MERSI) with its own chemotherapy infusion suite in 2005. He continues to direct a research laboratory through the Ocular Immunology and Uveitis Foundation, and continues his teaching activities as Clinical Professor of Ophthalmology at Harvard Medical School. His award lecture focuses on risk factors for visual acuity loss and predictors for long-term results in patients with non-infectious uveitis.Aurel von Szily’s animal tests for a deeper understanding of sympathetic ophthalmia and his resulting von Szily model earned him international recognition. He kept addressing new diagnostic and therapeutic problems in ophthalmology. In addition to immunological eye diseases, he was interested in congenital malformations of the eye, the anatomy of the anterior eye, and the formation of cataracts. He also developed a representation of the exocrine lacrimal glans through a new method as well as a new treatment approach for retinal detachments.

Aurel von Szily worked at the University Clinic Freiburg between 1905 and 1924. In 1914, he was appointed associated professor. After serving in field hospitals during WW I, he published his Atlas of War Ophthalmology in 1918. He was awarded the Baden Service Cross and the Iron Cross. In 1924, he moved as tenured to the newly established Eye Clinic in Münster and built the clinic’s international reputation. In 1925, he received the Von Graefe Award for his lifetime achievements.

Expelled from his professorship by the Nazis in 1935, Szily returned to his hometown Budapest in 1939. The Nazi regime revoked his German citizenship and banned him from editing the Klinische Monatsblätter für Augenheilkunde (Clinical Ophthalmology Monthly). Among his most important works is his “Comparative Morphogenesis and Morhography of Papilla Nervi Optici” (“Vergleichende Morphogenese und Morphographie der Papilla nervi optici”), which unfortunately remained unfinished. 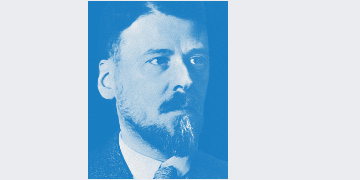