Every year brings developments of particular interest to the world of ophthalmology. Eminent experts explore these topics in their 30-minute keynote lectures.

Visual acuity is a threshold value on the brink of being pure noise. It is defined as the probability at which a patient recognizes an ophthalmological chart sign without merely guessing. The Freiburg Visual Acuity & Contrast Test (FrACT) developed by Michael Bach is a computer-based method that defines visual acuity semi-automatically and according to DIN standards. FrACT has been used in over 800 international publications and will be demonstrated during the lecture. DIN standards prescribe a decimal scale for visual acuity. With this type of scaling, visual acuity values must not be presented linearly in diagrams but in a logarithmic scale. Moreover, decimal visual acuity values may not be arithmetically averaged. A viable alternative is the Minimal Angle of Resolution logarithm logMAR. At first glance, this unit may be counterintuitive – the better the visual acuity value, the lower the logMAR. This seeming contradiction is resolved when logMAR is viewed as representing the loss of visual acuity. Assessments and information given by test subjects in subjective visual acuity tests can be unreliable, especially for medical assessments. In these cases, objective test methods can help. The best approach seems to be a method based on visually evoked potentials. Combining this approach with machine learning, Michael Bach achieved very high correspondence with subjective visual acuity assessment (in reliable test subjects).

Professor Dr. Michael Bach studied Physics in Bochum and Freiburg. After earning his PhD degree, he was appointed Director of the Electro-Physiological Lab at Freiburg University Ophthalmology Clinic. In 1991, he qualified as university professor of neurophysiology. He led various research projects and was appointed supernumerary professor in 1998. Between 199 and 2015, Professor Bach was Director of the Visual Function and Electro-Physiology section at the Freiburg University Ophthalmology Clinic. He has published 280 peer-reviewed papers, presented 780 lectures and poster sessions, and written over 20 book chapters on his research focus. At the 116th DOG Congress, he received the Von Graefe Award for his lifetime achievements. 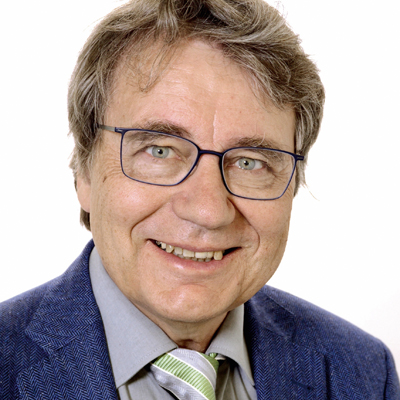